A common complaint about the MCU Spider-Man is that Tony created his iconic red and blue suit. How would you feel if Freshman Year did this? 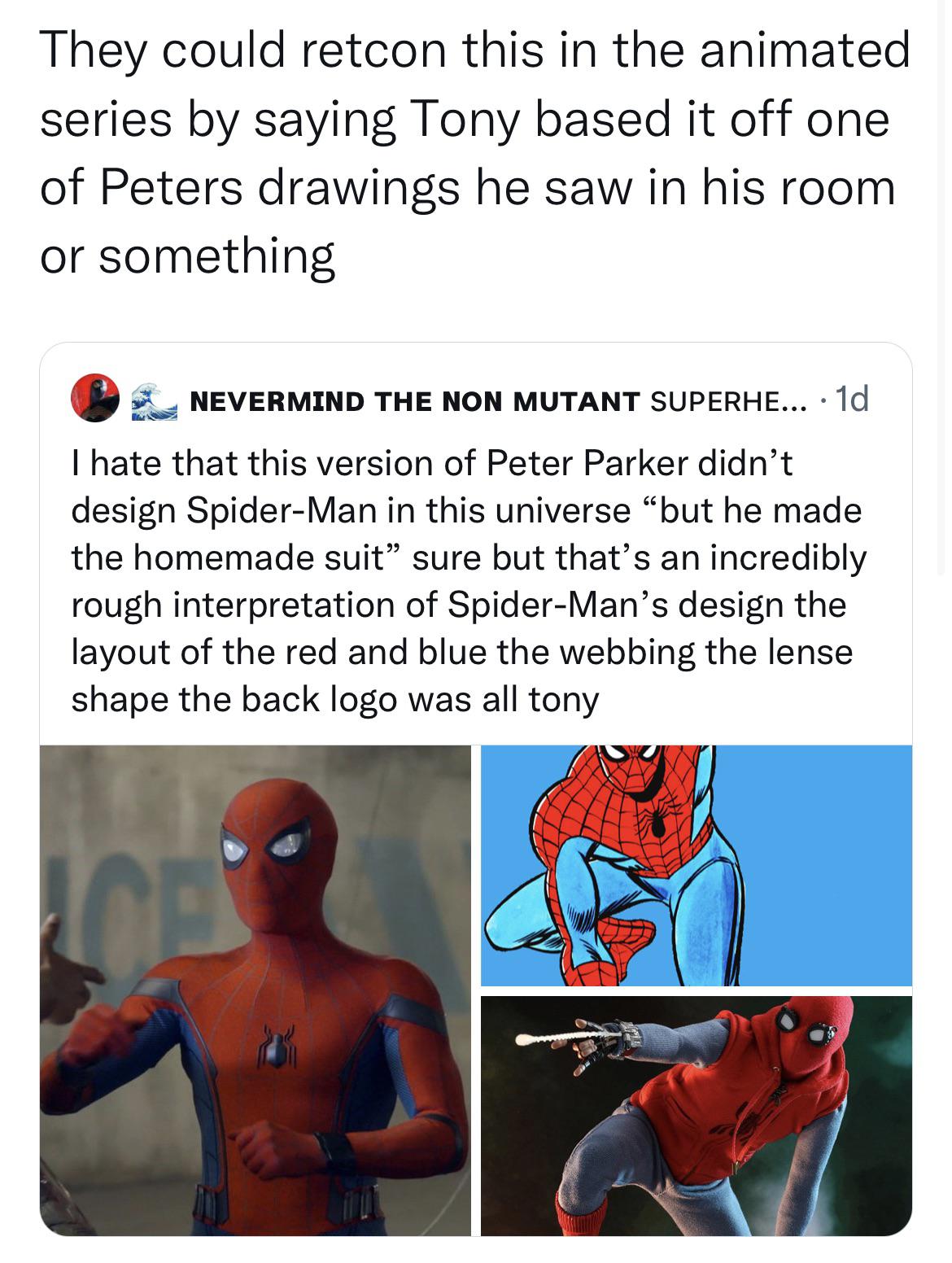