I personally really loved the Riddler and Mr Freeze ones and highly recommend them, but was disappointed by Two-Face and Penguin.

I also thought, especially after reading the Riddler one, that it was all the comics would be based on the Joker’s theory from Killing Joke that anyone can become a maniac, all it takes is just one bad day. But i’ve only felt the Riddler and Mf Freeze comic leaning in that way so that’s probably just a wrong assumption? (note that I don’t agree with the Joker, just like Gordon disproved that theory but I just thought they would use that as a base for the stories) 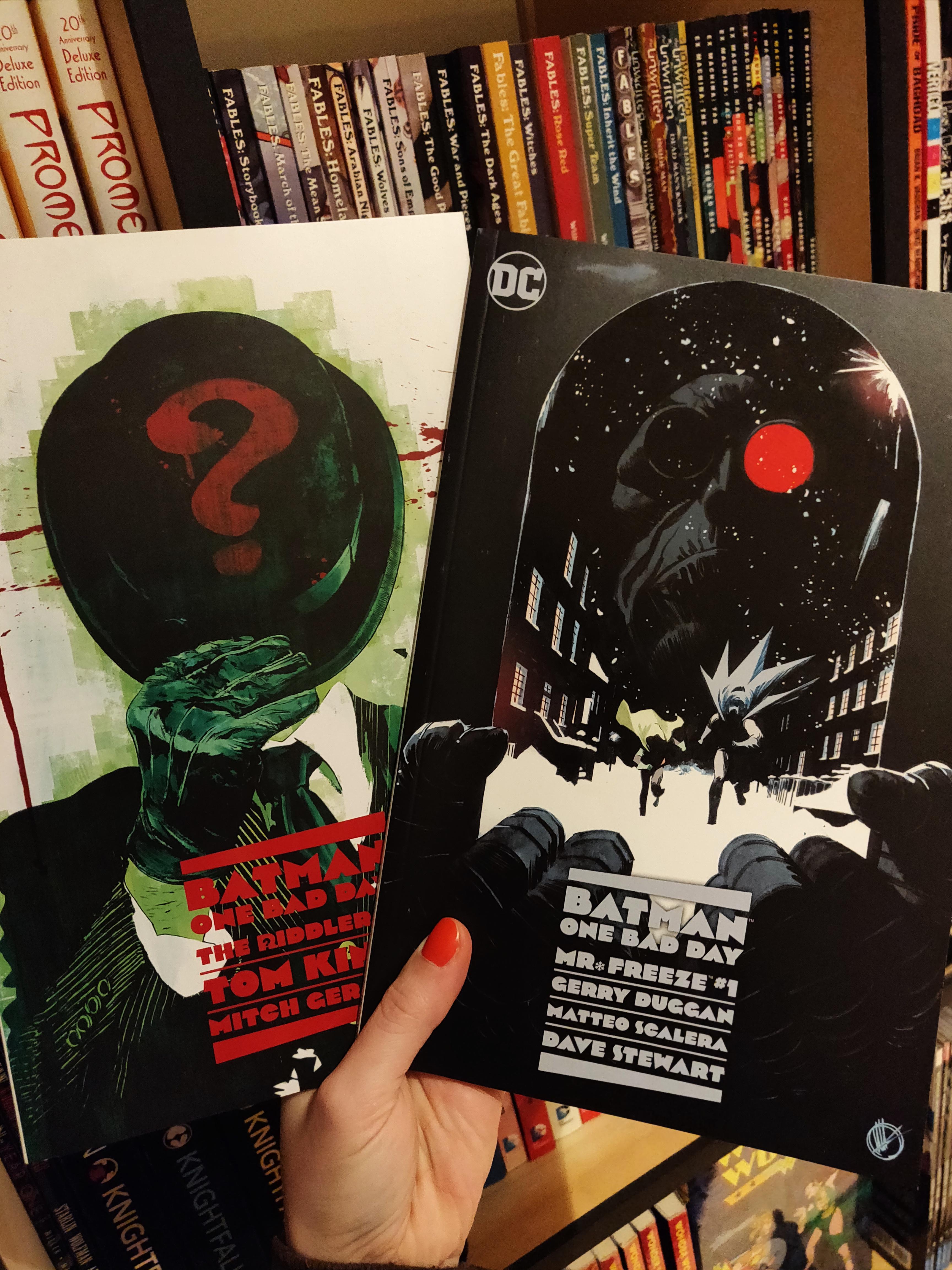